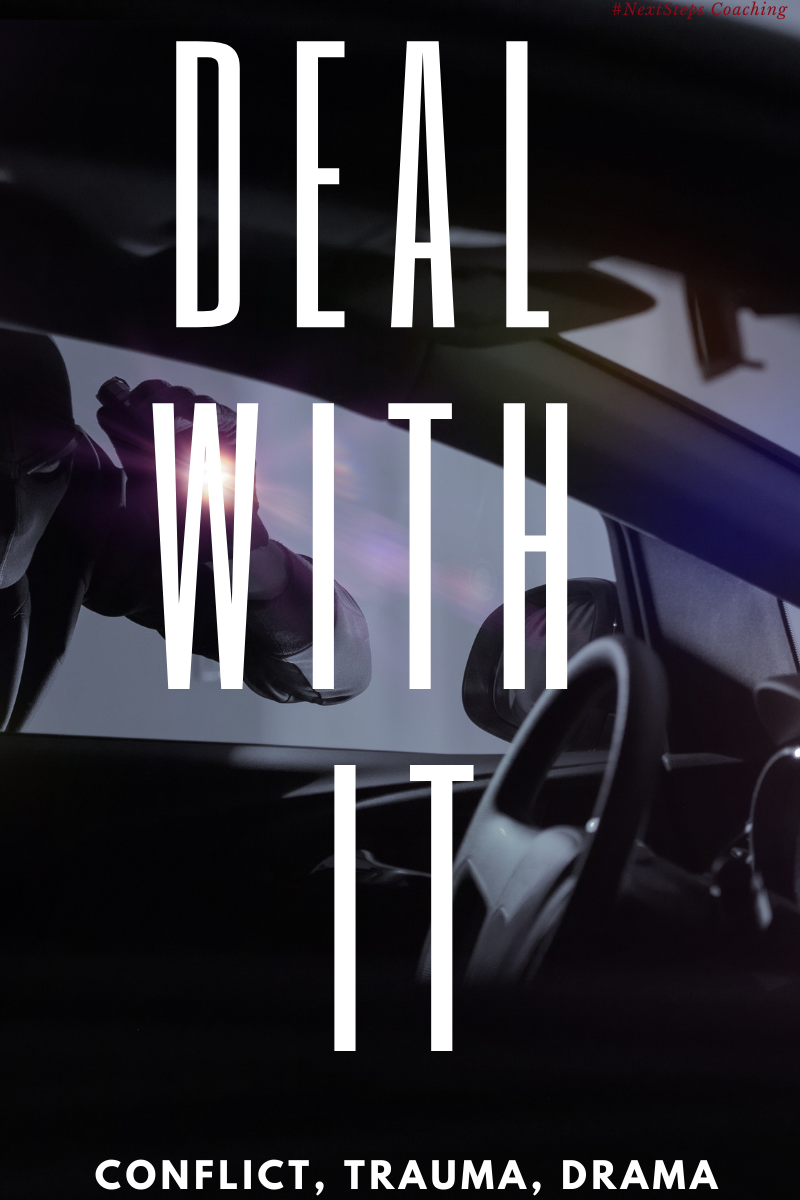 Recently, my wife and I were enjoying some coffee in the morning when we noticed headlights pull into our driveway. This isn’t too unusual or a call for alarm as we live three blocks from her parent’s house. They will sometimes stop by in the morning to see the kids before school.

However, three minutes after noticing the lights, they hadn’t come to the door. Then, we heard the sharp screel of an angle grinder, followed immediately by our car alarm going off.

As I ran outside, there were three individuals attempting to steal our catalytic converter and turn it in for recycling money. I found out from the cops that it’s a popular crime, and one hard to track. Most of the time, car alarms don’t go off. We were able to escape any major injury or damage to the car as we called the cops and they sped off.

However, one phrase has been a recurring phrase for us in the house following the event is: “Deal with it.”

While they didn’t get anything of value, it was a huge invasion of privacy. Worse than that, there were two individuals I could plainly see, one providing lookout in the car and the other cutting away beneath our vehicle. What I couldn’t see, was the third individual lurking around the corner who charged me when I stepped out my front door to see what was going on. Narrowly escaping, I pushed my wife and kids back inside to the safety of our home and called the cops once we were alerted to the danger.

That night, I noticed that I had a lot of anxiety. Worried they would come back and attempt to finish their theft, or worse, left me unable to sleep. The next several days were all stressful as we tried to process not just the attempted theft, but the invasion of privacy and safety as well.

As we process the event and deal with the consequences and trauma of the event, I realize how many times in life we don’t “deal with it” when problems arise.

Work situations are ripe with circumstances and experiences that haven’t been dealt with.

You get the point. You’ve also likely been there. Perhaps you even are there now. But high performers know that you can only be as strong as your weakest area of life. If you’re struggling to deal with any aspect of conflict, drama, or trauma, your success will falter and your breakthroughs will be limited.

Instead, based on the experience of the recent attempted robbery, here are three ways to help you process conflict in your life so you can deal with it appropriately.

1.) Give your emotions space.

The first step towards healing for Elise and I was to give our emotions space. We first had to acknowledge what we were feeling: sadness, anger, fear, frustration, anxiety, panic, and worry were quick to come out.

Give yourself the emotional range to deal with difficult problems and learn how to overcome them.

Strong leaders know they need to raise their emotional intelligence. Through consistent and deliberate practice, they engage their emotions and learn to master and express them appropriately.

You can’t deal with problems if you don’t talk about them. Once we acknowledged our emotions, we shared a conversation based around healing. What did it mean for us to deal with this situation effectively? How could we overcome those negative emotions and find hope? What did the other person need? How could we support them?

Elise and I intentionally set aside time to listen, reflect, and engage each other at a deep level.

The good news is that we are all okay. The better news is that we can work for a better tomorrow. This experience provided us with the opportunity to look at our house in a new light and discover what made it a good target. Poor outside lighting contributed to the criminals picking our house. So too, did several other factors. We were able to see those, remedy them, and create a safer environment for our family.

In life and work, we can do the same. Interpersonal conflict doesn’t have to be the norm. In fact, it shouldn’t be. In his book Thrive By Design, Don Rheem tells us that we are wired to perform better in teams. Those around us should make us better. If they aren’t, we have issues to address. By addressing them, we make the team better. When we make the team better, we get better. When you get better, you can attain peak performance. By reaching peak performance, you can skyrocket your success.

It is inevitable that conflict, disagreement, and discord will arise in life. However, we don’t have to live in it constantly. Instead, we can rise above it by giving our emotions space, engaging in deep conversation, and working towards a better future. 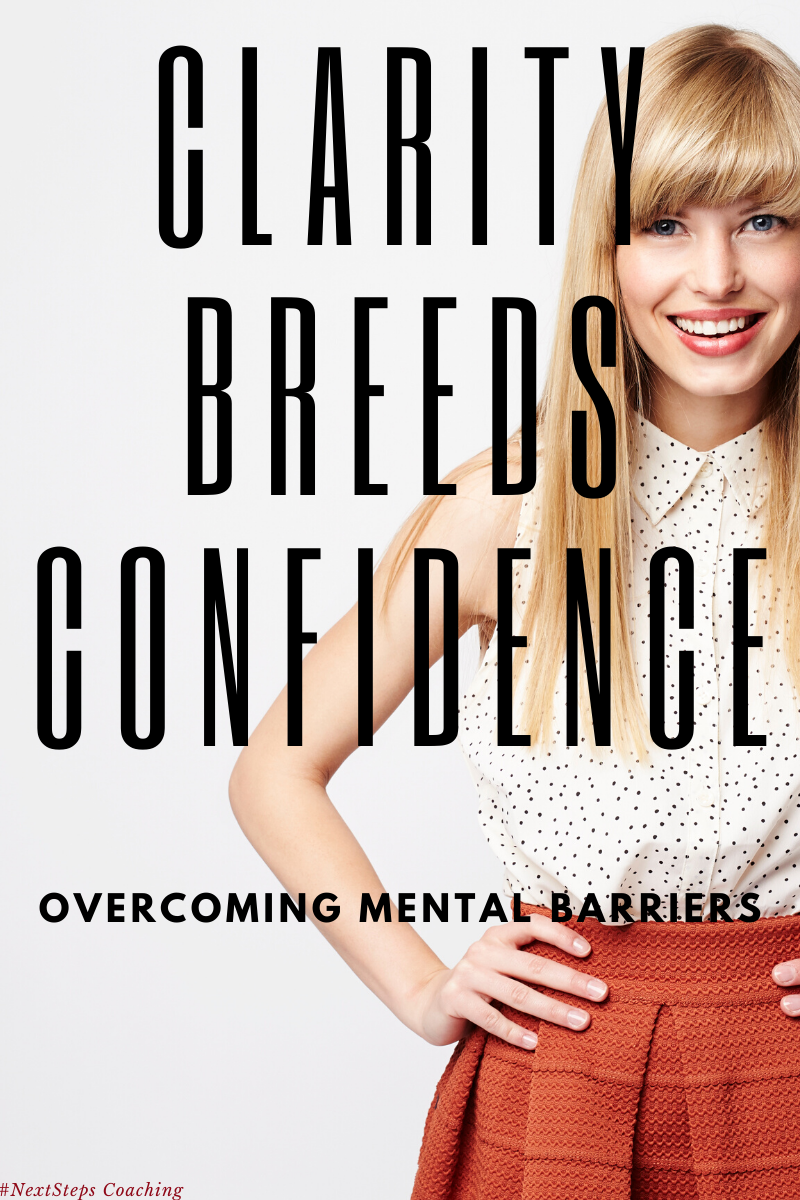 Recently, I had to engage in a bit of self-talk. Long hours. Early mornings. Late nights. A move to a new city. It was catching up with me. I was e-x-h-a-u-s-t-e-d.

That meant the minor task I had to accomplish was becoming a major headache. With all the finesse and grace of an accomplished dancer, I spun around that task and successfully avoided it for hours.

Eventually, as I was sitting on the couch looking for yet another distraction, I finally came to my senses.

Justin!?! What are you thinking? You know you need to do this. If you lack motivation, you lack the vision. Why does this matter to you so much?

At that moment, I acknowledged I lacked the clear motivation of why this task mattered. I verbally began to recite whatever came to mind as to why the task mattered.

On and on the list grew. Before I knew it, I had expressed over twenty different reasons I needed to complete the task.

It was done in less than an hour.

Clarity breeds confidence. If we lack the motivation to complete something, it’s often because we lack the vision of why it matters in the first place.

When we remind ourselves what makes a task important, we harness the motivation (and more importantly, discipline) to get it done.

Many of us are pulled in a thousand different directions every day. Our spouse needs affection. The kids want our attention. Our boss wants a report. A parent needs our perspective. Our friend needs advice. The side-hustle needs grinding.

Whatever it is, you know what it’s like to be pulled in a thousand different directions.

When struggling, recite: Confidence breeds clarity. The more clear our goals, the more action we are willing (and able to take).

By gaining clarity on why something matters, you’ll breed the confidence to figure out how.

That’s one big difference between high-achievers and regular performers. High-achievers spend a significant amount of time engaging in the end vision of their journey and then plan intentionally.

Because clarity breeds confidence. Struggling like I was? Spend time there and experience a breakthrough. 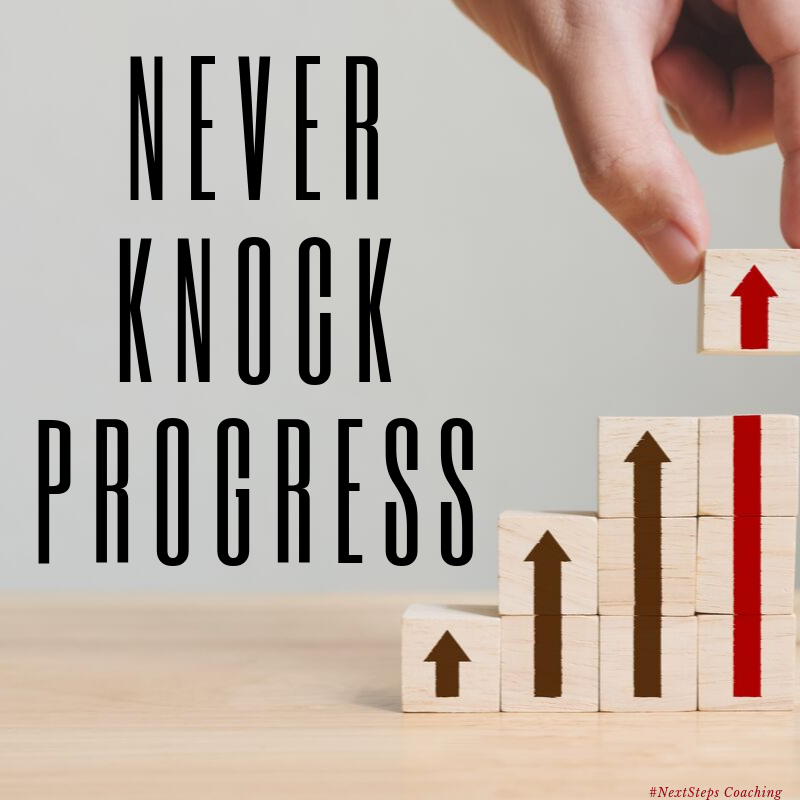 One of the things I give every coaching client is the “High-Performance Scorecard.” It’s a postcard-sized printout designed to be carried with them in their day-planner or another medium that works for them.

It reinforces many of the mental habits we talk about, keeps them focused on their goals, and gives them “check-in” techniques when they are feeling distracted.

After spending hours designing this scorecard, I think this is one of the most important questions on there.

Because, as a High-Performer training other high-performers, here’s what I’ve learned: we have trouble acknowledging the day-in-day-out habits of success.

I have big dreams. I write them down, track them, andmeticulously refine them to be perfect.

But if I’m honest, some days (more than I care to admit) I think “But what did I really do to get closer to my goals?”

In the day-in-day-out grind of the entrepreneurial life, I often feel like I don’t do things of consequence.

Writing a blog is a part of my business, nothing heroic.

Same with coaching a client.

Networking is hard but necessary, so nothing special there.

And that’s precisely my problem. When I can convince myself that nothing matters then nothing ends up mattering.

So I put that question in the scorecard to remind my clients that what you do absolutely matters, 100% of the time.

Because what’s the alternative? Not writing the blog post? Now that would be a tragedy.

Not coaching, not engaging in social media, and not networking would mean the end to my business.

Success is what my clients pay me for.

One of the mindsets I’ve had to change in myself, and one I work hard on my clients with, is that of the daily routine. In the scorecard, it’s a built-in process. At the end of every day, you acknowledge a success, however seemingly small or insignificant, and champion the work done.

And no matter how small a victory, I tell them, “It’s progress, and we never knock progress.”

It’s a great way to combat fatigue, discouragement, and frustration. By remembering the one thing we did today, we’re encouraged to do one more thing tomorrow.

Until all of a sudden, we realize that we’ve made our own version of success.

That’s why we celebrate one thing.

That’s why we never knock progress.

What’s one thing you would tell someone facing discouragement or disillusionment in chasing their dream?

Want to receive my Mental Performance Scorecard? For a limited time, I’ve giving it away to all email newsletter subscribers (in addition to my 5-day ecourse on productivity). Just sign up and you’ll receive it in the next newsletter! 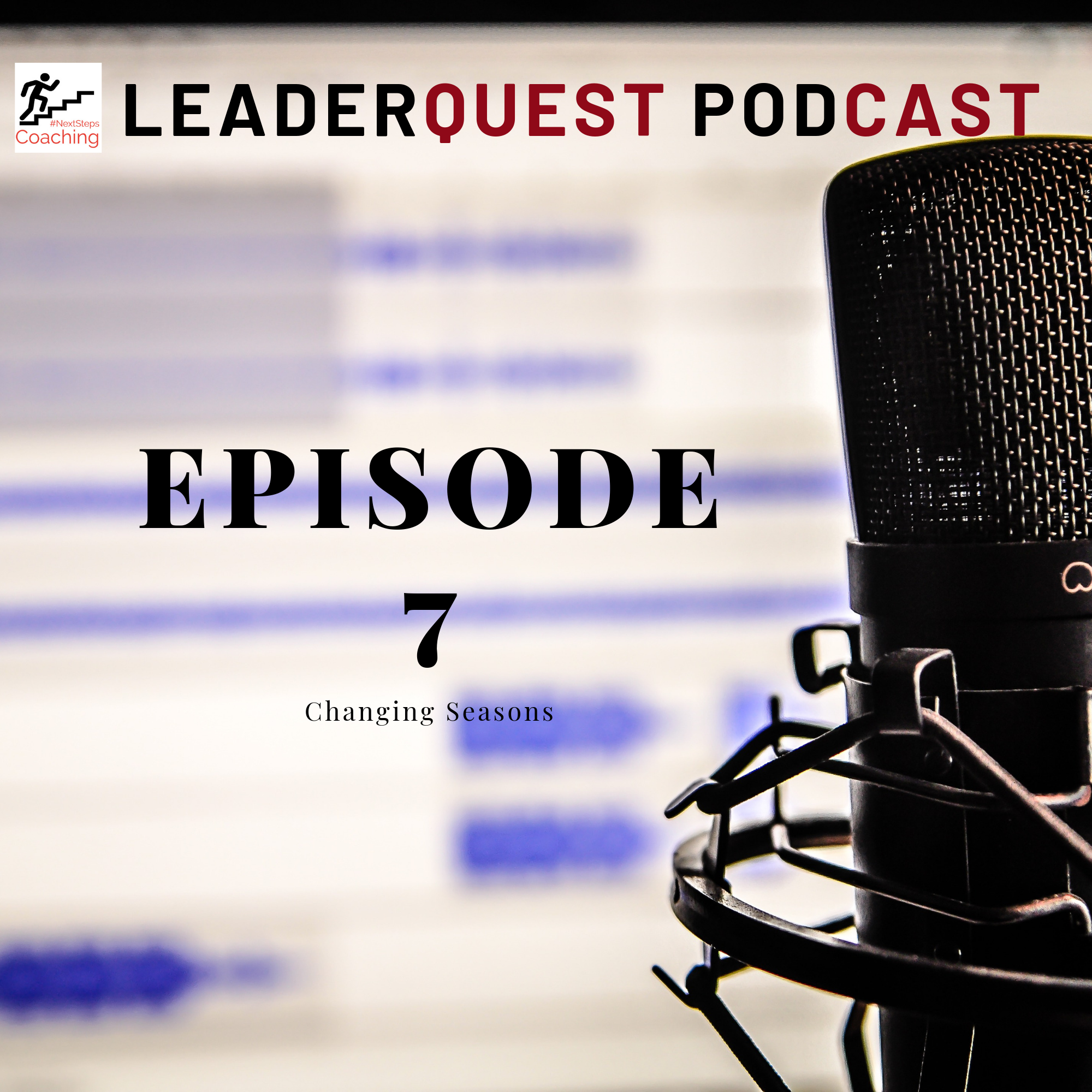 Welcome to the LeaderQuest Podcast Episode 7!

This week, we are talking about the nature of “Changing Seasons.” We all know that life can come at us at a fast pace. We also know that sometimes it’s the unexpected change that causes us the most grief or frustration.

How do you handle the changes, those curveballs that life throws at us?

Join Justin and Elise this week as they discuss these topics, some of their own changes, and how to handle the unexpected moments in life.

The seasons of change can be a source of joy and strength if you know how to navigate them.

Join us on this week’s episode of “Changing Seasons” on the LeaderQuest Podcast Episode 7.

As always, thank you for watching! I really appreciate it.
Please be sure to like, share, leave a comment, and turn on notifications to keep aware of upcoming events, live streams, and new video releases.
Follow me on social media: