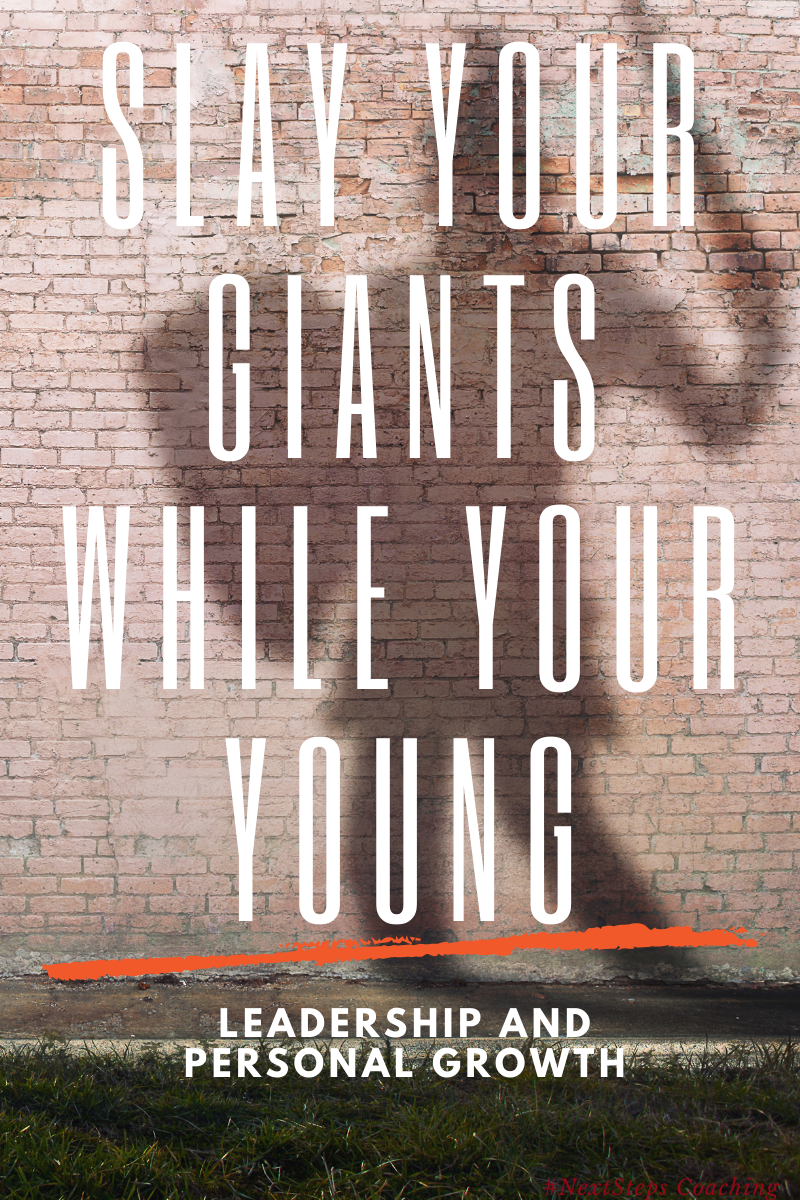 That’s why it’s so important to slay your giants while you’re young.

Her words hit me like a ton of bricks.

Not only is she incredibly beautiful and funny, she’s also really, really smart.

We were talking about the importance of marked leadership growth and reflecting on the life of King David in the Bible.

I was walking her through a talk I was getting ready to give, and we were reflecting on what David’s life might have been like as he neared the end of his life.

A Forgotten boy to a ruler.

From shepherd to king.

As he neared the end of his life, he had to spend time reflecting on all that had transpired. A surprising amount is written about David in the Bible. We see his faith and folly as he is featured across the pages of Scripture.

Someone described as “a man after God’s own heart” has killed giants, led a country, been to war, stolen another man’s wife, committed murder, written songs, and experienced rebellion and treason from his own family.

Throughout it all, he remained committed to God and in trying to understand how to lead well.

And as my wife and I were discussing this, we were talking about the many ways in which his experiences of God may have changed, but the need behind them hadn’t.

That was true throughout the Israelite story.

It’s true for us as well.

We all have a quest and desire to connect with God.

Unfortunately, we also want to keep having that same experience.

When the Israelites that saw God in the pillar of fire still wanted to see him like that. The problem is that as circumstances change, so do the experiences.

That’s why it’s important to slay your giants while you’re young.

David experienced God when he slew the giant Goliath. But he was never supposed to become a perpetual giant killer. Once he accomplished that mission, it was time for a new one.

Slay Your Giants While You’re Young

As leaders, we are all called to progress.

In new ways, every day.

Far too many of us, however, take pride in slaying the same giants over and over.

Battling with addiction instead of getting help.

Hiding behind our fears and weaknesses instead of soliciting a mentor to overcome.

Engaging in the same pointless battles again and again.

I’m reminded of a story I heard once. An elderly leader was being interviewed about his life and influence. Having just passed 80 years old, he had a lot of wisdom to share with the crowd.

The interviewer asked him, “What’s one battle you regret not winning?”

At 80, he was still trying to slay the same giant as his teenage self.

Instead of being able to be a person of wisdom to his community, he was stuck in a cycle of shame.

Slay your giants while you’re young. 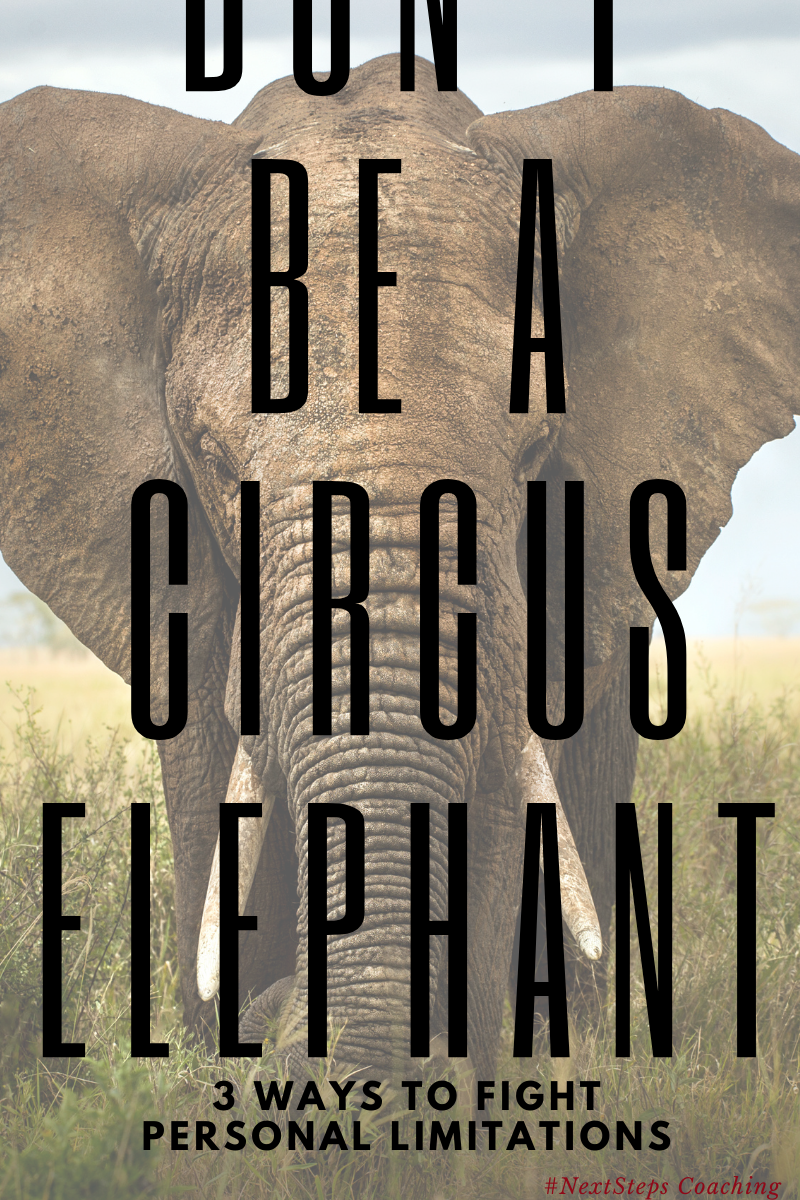 In a world that has trained you to be afraid, to doubt, and to limit yourself my advice is simple: don’t be a circus elephant.

The Elephant and the Rope

There’s a rather famous story floating around about how baby elephants were trained for the circus.

In short: baby elephants learn their boundaries by being chained to a stake in the ground. As little elephants, they can’t break free and learn they can only go so far.

By the time they are adults, the chain has been exchanged for a tiny rope, but the same (now self-imposed) limit still applies. The young elephant learned, “I can only go so far” and it never ventures to try anything new.

The adult elephant is capable of breaking free from the tiny rope, yet it never does.

Because that’s the power of false beliefs.

When our kids were younger, we told them Bongo stories. In the stories, Bongo was their dog that was big enough to ride on. They would zoom around their Kingdom rescuing animals in need.

In every story, I would describe the adjectives the kids would need to complete their mission.

The list complied was designed to teach them the values, attitudes, and habits we wanted to instill in them.

This was done because of the powerful shaping effect of story.

Plus, it counters the false narratives that we as adults know all too well.

Every day, we bombard ourselves with narratives and adjectives about how limited we are. And, just like the elephant, we never break free of those limitations believing we can only go so far.

Only have a certain amount of success.

We falsely believe the little rope of lies telling us we can’t be more, do more, have more, or love more.

In coaching, we talk about breaking free of limiting beliefs through three C’s of action.

The first is to be surrounded by community. Hear the voice and perspective of people who can see your true nature, gifts, abilities, and potential. Surround yourself with the positive people who want and see great things for you.

Discovering your true gifts and calling is another way to break free. Do you do what you love becuase you’re really good at it and enjoy it … or because you’re trying to earn someone’s affection? Knowing your true skills creates a passionate pursuit of of growth and limitless influence.

Look. We’re all going to screw up. In those moments of failure, having compassion on yourself is vital. Know your standard, live up to your standard, but have grace on yourself when you mess up. Learn where you went wrong, and correct the problem.

In your quest for personal growth, never believe you have to settle. Don’t be a circus elephant. 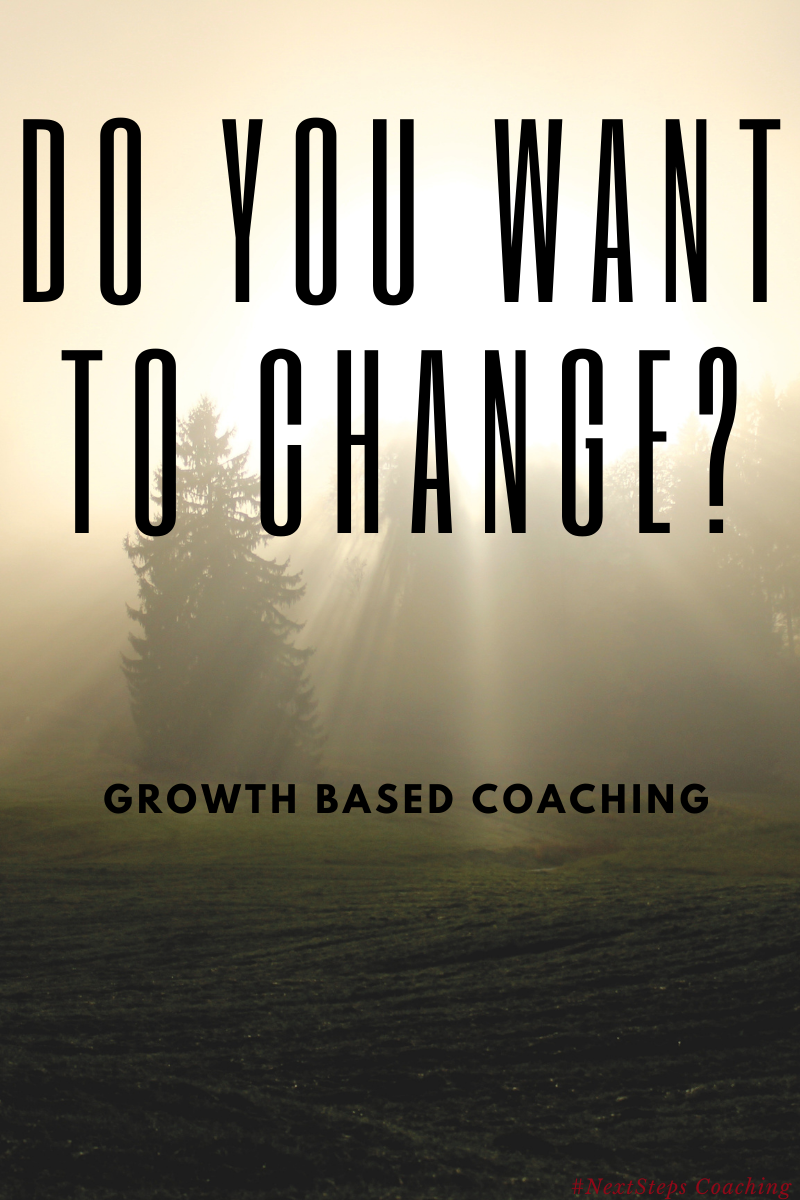 The Origin of the Question

While walking the earth, Jesus performed lots of miracles, engaged in teaching the masses, and healed people. In one such instance, he asked the man, Do you want to get well?

It seems rather odd, that question.

Who wouldn’t want to get well?

Well, it turns out, quite a few of.

In fact, quite a few of us like being sick in one way or another.

We feel comfortable where we are stuck. In the small beliefs we hold. We see it in the minor discomforts of life, that one way or another, we are all stuck and most of us like being there.

Jesus asking, do you want to get better expresses the true desires of our hearts.

Do you want to let that burden go?

Are you willing release your doubt and fear?

Do you want to experience something different?

Because if you do, he offers to help. But if you like where you’re at, he’s also willing to leave you there.

Do You Want To Change?

Whenever I meet with a potential client, we spend a little bit of time getting to know each other. I need them to trust me and give them space in our first session to ask anything they want about me. I’ll disclose (within reason) whatever the need to feel comfortable.

It’s also a time for me to see where they are at. It’s a chance to make sure they are willing to engage in the process with both their head and their heart.

And one question I ask everyone is, “Do you Want To Change?”

I can do a lot for you: provide excellent coaching, recommend books and other resources, give you extra time, and other tools at my disposal.

The one thing I can’t do for you is make you want to change.

That’s the one thing you have to bring to the relationships: you have to want to change. To get better. To experience life anew.

If you’re unwilling to do that, there’s really not a lot I can do.

But if you honestly bring that one thing to the table, everything is suddenly a possibility.

All because you agreed to show up fully in the world and agreed to change.

But it all starts with the question:

Do you want to change?

Years ago, I read Eugene’ Peterson’s A Long Obedience in the Same Direction. To be honest, I don’t remember much of the book, but the title has long stuck with me.

It’s become a continual mantra for the daily habits, beliefs, thought patterns, and actions that I use to guide my life.

A Long Obedience in the Same Direction

It’s fairly typical for me to have a panic attack on Monday morning. I suffer from anxiety; from the fear of what could be.

In those moments of lost despair, I’ve trained myself to recall the phrase and title of the book, a long obedience in the same direction.

The fear comes from my desire to do it all.

To break free of that fear, I have to remind myself that I don’t have to do it all right now.

My destination is not complete today, instead, I am on the journey.

That’s a much simpler proposition:

While the specific formula to each day may look different, I guide my life by answering the question: what do I need to do today that could get me one step closer to my goal?

Once I have that figured out, I create the plan for obedience.

Create The Plan – Then Execute

One of the phrases we use throughout coaching is, to begin with the end in mind.

Where do you want to end up in life?

What do you want to accomplish?

Who do you want to be?

Then we can look at your current situation.

If you continue to make the same choices, will you end up where you want to be?

If so, great! Continue to amplify those decisions and live more purposefully.

However, if you won’t end up where you want to be by making similar choices, then it’s time to make a change.

Create momentum that will propel you to your ideal life.

Then, practice obedience and begin a long obedience in the same direction. 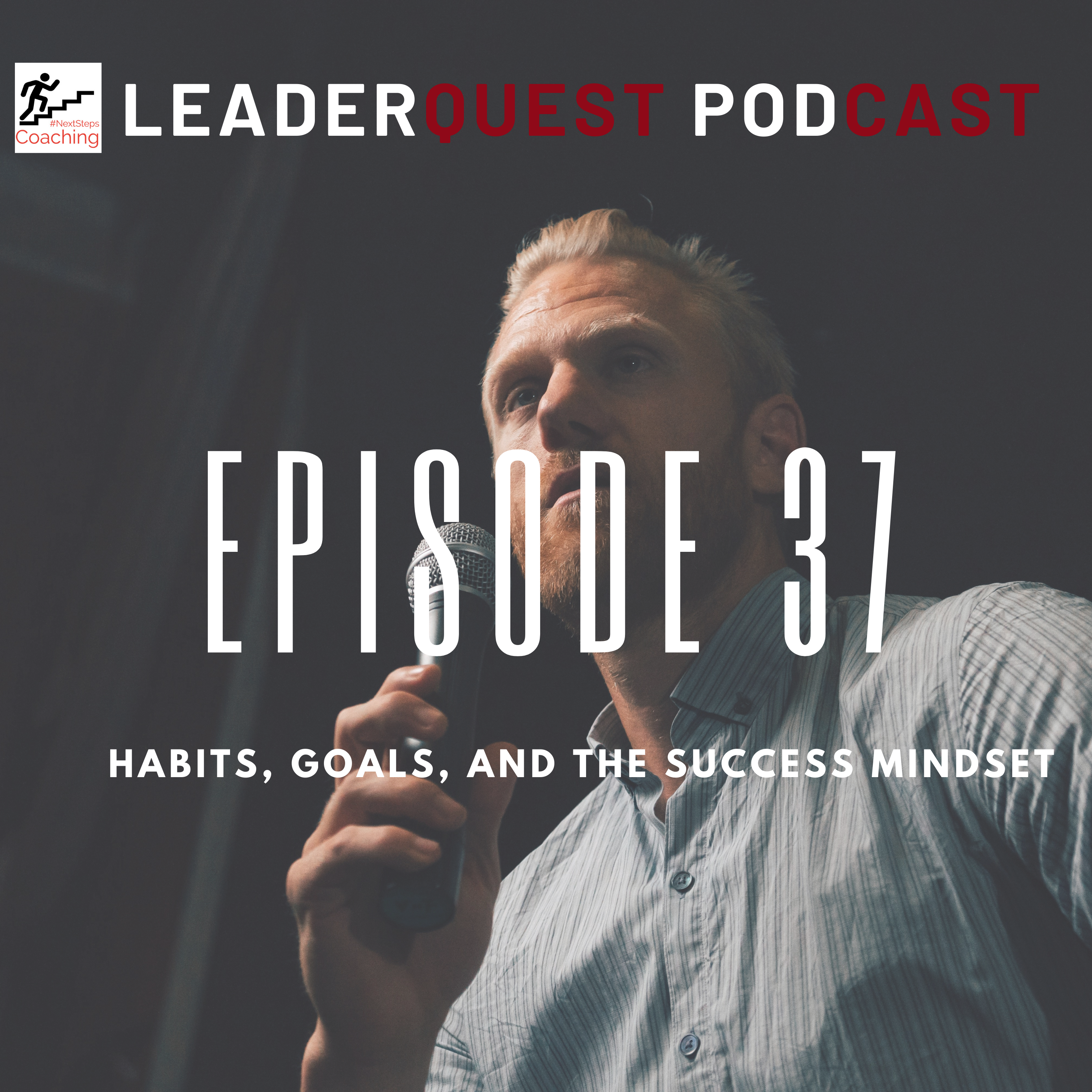 Habits, Goals, and the Success Mindset

This week on the podcast, our mastermind is sitting down to talk about the essential habits, goals, and success mindset that all entrepreneurs and business owners need to have.

Welcome to this week’s Mastermind training! As a new entrepreneur or business owner, maybe you’re feeling a bit overwhelmed. Life can seem overcomplicated. There are staffing needs, finances, marketing, taxes, sales, family, COVID protocols, and a whole host of other things that need to be looked after.

How can you make it through and not just survive, but thrive?

You need to make sure you have the right habits, goals, and a success mindset in place.

In this episode, Scott Thor, Juanita Webb, and Justin Hiebert sit down and talk about the essentials skills of a business owner.

You’ll discover what you need to know about:

These are skills that we’ve used, utilized, and developed over our years in business. If you feel like shortening your learning curve by decades, be sure to give this podcast a listen.

If you’re new to the podcast, welcome!

My name is Justin, and I’m an Elite-Mindset and success coach. Throughout my career, I’ve been a pastor, educator, and serial entrepreneur. I help entrepreneurs, business owners, and world-changers attain elite mental performance through burnout prevention, habits, and compounding daily wins.

The Bakersfield Mastermind is a collaboration between Dr.’s Scott Thor and Juanita Web.

Want to connect with Justin and reach your own full potential and elite mental performance? Email him.