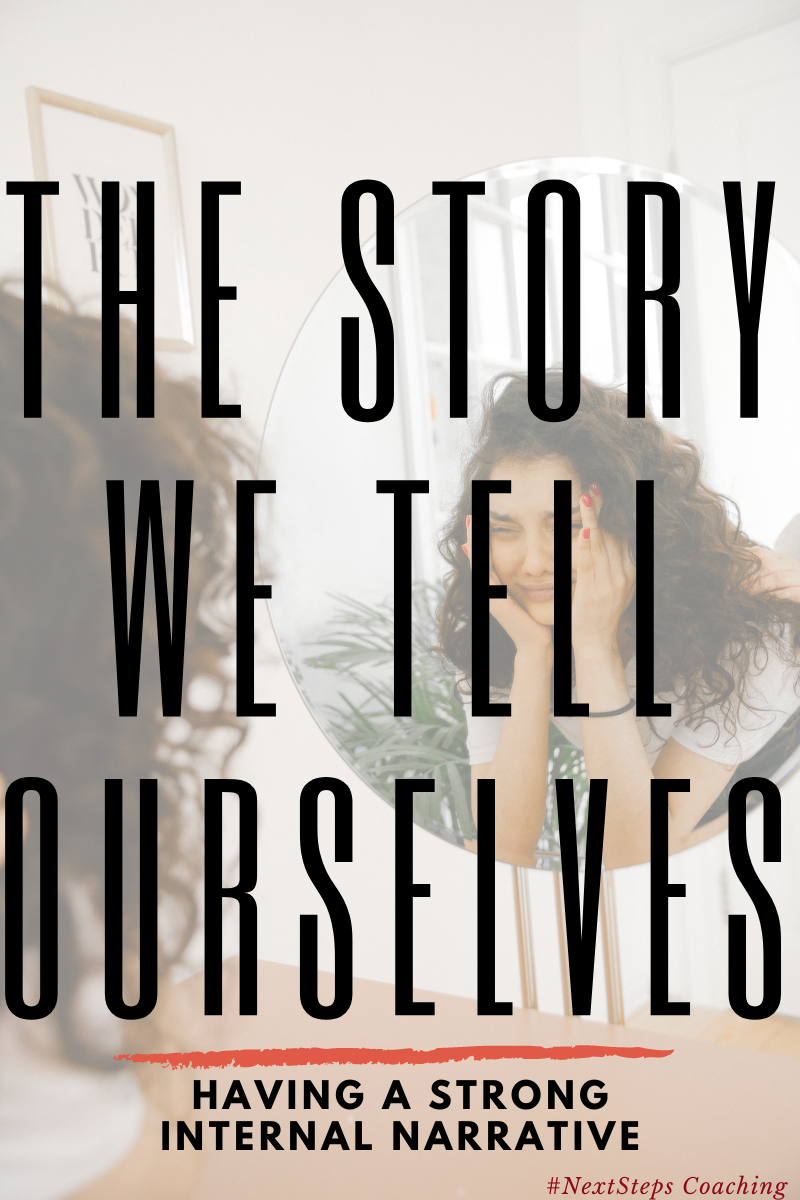 The story we tell ourselves, our internal narrative about the way we are, determines the trajectory of our story.

Early on in life, we all start to acquire an internal narrative, programming, about the way we are. This identity-shaping story becomes one of the largest determining factors in who we end up becoming. From an early age, we all start to experience those labels.

The words may start off as meaningless but slowly, after hearing them enough, they become an accepted part of our worldview.

It’s a heartbreaking reality for many of us.

The good news is that not only can that destructive cycle be broken, but what is true of negative stories is also true of positive ones.

If we want to reach our dreams, we have to be willing to rewrite the story we tell ourselves.

The hard work of personal growth happens internally. Putting in the time, effort, and energy into filling our minds with good things.

It involves telling yourself:

The story we tell ourselves influences the person we will ultimately become.

The Story We Tell Ourselves

I was working with a client recently on this idea and explained to him the three camps we can fall into.

1.) We have a negative story and believe it.

This is like the first example. The story we heard growing up is the story we believe. We are somehow not enough, unloved, unworthy, or pitiful.

In coaching, I see this story all the time. It’s one of the main reasons people don’t achieve the goals they start out with.

Why would a lazy, good-for-nothing, unlovable, unworthy, pitiful person try something as grandiose as starting their own business?

In reality, they have everything they need and are totally capable of amazing success. The problem is not they have believed the lies.

2.) We have a positive story and believe it.

These are the fun ones. The easy ones. They already believe the right things. These people know that they are strong, competent, and capable. They are able to set goals and achieve them because they believe in their ability to accomplish hard tasks.

He was somewhere in the middle. Drifting in the open ocean with no paddle, he didn’t know which way to go. I asked him to come up with five adjectives to describe himself he knew to be true.

He couldn’t give me any.

It should be no surprise then, that goals have been hard for him. Without the confidence and clear direction of knowing what to believe, he has trouble setting and staying accountable to goals. Without knowing the truth about himself, he doesn’t know what direction to pursue.

The story we tell ourselves matters.

Get clear on what you believe, not just about the world, but about yourself.

Give yourself positive imagery to believe about yourself and put it into practice. How would you, the strong, competent, capable person you are solve this problem? Once you believe that, you’ll crush any goal in your path.

Accountability is important. Want help reaching your goals and changing the trajectory of your life? Try coaching!

Reach out to me to schedule a complimentary session today.