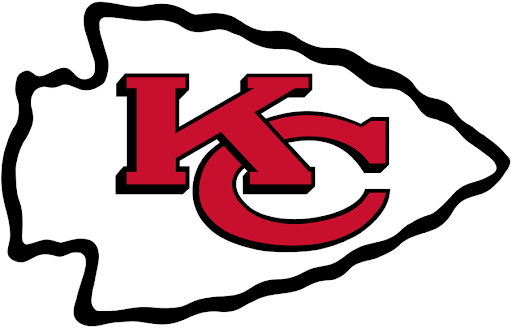 Last night, the Kansas City Chiefs were crowned the champions of the NFL season.

As a lifelong fan of the Chiefs, I beyond thrilled. I’ve been able to witness the postseason droughts end for both the Royals and the Chiefs in recent years.

As a sports fan, what a game last night! An even chess match in the first half, a good third quarter for the 49ers and a steller six minutes for Kansas City that saw them storm back from ten down to win.

We threw a party last night with several families and their kids coming over. We at tons of food and enjoyed some laughs at the commercials as well.

But enough of that, on this channel, we talk about mental performance and how to get better so I’ll keep my fanboy squeals to a minimum. Let’s analyze the game and use it to pursue our goals.

There are two weeks between conference championships and the championship game. Each team spent time analyzing the other. Learning their tendencies. Scripting new plays. Figuring out weaknesses. They paid attention to detail.

We need to do the same thing. Life is a battle. There is a struggle going on inside of us. Preparation is key.

When I worked in the fitness industry, I did a lot of first day consultations for new gym members. I walked them through the gym, talk about equipment, and give them some tips and strategies for success.

One of the big ones was preparing food ahead of time. If you go shopping when you’re already hungry, it’s too late. You’ll make bad choices and not meet your fitness goals.

Life works in much the same way. Committing to self-improvement and success takes planning. We must look at the details of our life. Just like how the food we eat fuels us (good fuel equals good energy), our commitment to planning the details of our lives leads to breakthrough success.

Listening to the player interviews after the game is usually a fascinating experience. While some dislike their need for media appearances, most do it it willingly and provide great insight. One player, when asked about their fourth-quarter ten-point deficit how they handled it on the sideline. Their response? “We never lost hope or belief. We know what we are capable of.”

It worked. Multiple times in fact. The Chiefs were down ten points in all three of their postseason games. While nervewracking for a fan, it never was for them.

Their preparation (see point one) had given them one extra benefit: an unwavering belief in themselves. They were still positive. They knew how to handle this situation. The ultimate destination of the game was in their full control.

Confidence is key. But confidence comes from being ready.

When preparation and opportunity meet, success is bred.

Late in the game, playing with the lead that would ultimately give them the win, the camera cut to the Chiefs sideline. Patrick Mahomes was imploring his teammates to, “Finish the Game!” The defense needed one more stop to all but ensure a victory. Though San Francisco had three timeouts, it was a two-possession game. One good stop could get the Chiefs the ball back where they could hopefully run out the clock.

They did one better.

The defense did get the stop. Kansas City got the ball back with about ninety seconds left. I was on the phone with my dad and my brother at the time, anticipating the outcome.

Instead, the Chiefs scored again on a run to the left side. Now, instead of a four-point lead, it was eleven.

From down by ten to up by eleven in six minutes.

Because they had a plan. They were committed, and they chose to finish the game.

Very few complete them. I heard one report recently that suggested that 80% quit trying within the first month.

Combat that. With everything that you have.

That’s a recipe for success. For the Chiefs, and for us.